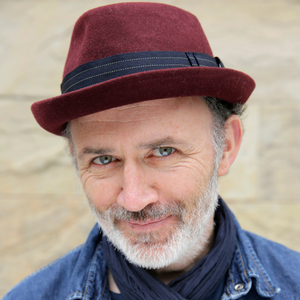 Tommy Tiernan is an Irish comedian, chat show host, actor and writer. Although a popular, and sometimes controversial comedian, he is best known in recent years as host of The Tommy Tiernan Show and for his role in the Channel 4 series, Derry Girls.

He has been host of The Tommy Tiernan Show since 2017. The premise of show is that he has no idea who his guests will be until they walk out onto the stage, with no pre-prepared questions or research carried out in advance. His intense curiosity, natural empathy, fearlessness and humour make him a compelling interviewer.

He has appeared as guest on numerous occasions on The Late Late Show, and in the US on The Letterman Show. He has also appeared on Michael McIntyre’s Comedy Roadshow, The Lee Mack Show, Dave’s One Night Stand, QI, and joined Eddie Izzard and Ross Noble at Laughs in the Park.

dotMD 2022 will see him in conversation with Professor Roger Kneebone.