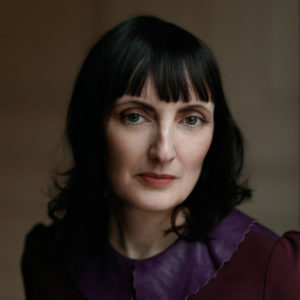 Sinéad Gleeson is a writer, editor and former broadcaster and journalist, whose essays have appeared in Granta, Winter Papers, Gorse and Banshee and Elsewhere Journal.

Her short stories have been published in the anthologies Looking at the Stars, The Broken Spiral, Repeal the 8th and Being Various: New Irish Writing (Faber, May 2019). Her poems have appeared in the anthologies Washing Windows? Irish Women Write Poetry, Autonomy and Reading the Future.

She is the editor of three short anthologies, including The Long Gaze Back: an Anthology of Irish Women Writers (2015) and The Glass Shore: Short Stories by Women Writers from the North of Ireland (2016), both of which won Best Irish Published Book at the Irish Book Awards.

Her debut collection of essays, Constellations: Reflections from Life was published by Picador in early 2019, and focuses on the body, illness, motherhood, art and many other subjects.

She is the 2019 Writer-in Residence at University College, Dublin, where she is teaching creative writing and working on a novel.