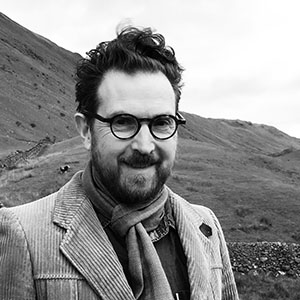 Ian Williams is a comics artist, writer and physician. His graphic novel, The Bad Doctor, was published in 2014 and the follow up, The Lady Doctor, in 2019.

He studied Fine Art after medical school and then became involved in the Medical Humanities movement. He named the area of study called Graphic Medicine, founding the eponymous website in 2007, which he currently co-edits. He is co-author of the Eisner-nominated Graphic Medicine Manifesto.

He has been the recipient of several grants and has contributed to numerous medical, humanities, and comics publications. Between May 2015 and January 2017 he drew a weekly comic strip, Sick Notes, for The Guardian.

Ian will be curating an exhibition of Graphic Medicine at this years dotMD conference.