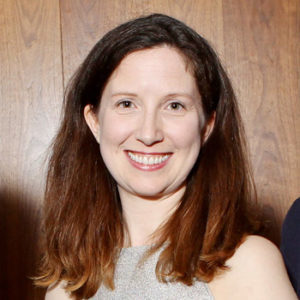 This edition of MedCurious has been edited by Dr. Sarah Fitzgibbon, Cork based GP, mother, cancer wrestler, writer, and founder of the Women In Medicine in Ireland Network (WIMIN).

Sarah’s recommendations include a podcasts exploring gender inequality in medicine and at home, graphic online poetry readings, some book and TV suggestions, and an introduction to her favourite stonemason from Cork.

Standard Issue – A podcast created by the comedian Sarah Millican

For a generally informative, caustic and humorous look at the world through a feminist lens, with particular emphasis on the omnishambles of the UK government (schadenfraude, moi?). In a recent episode they spoke to Dr Alyson McGregor about her research into gender differences in medicine and how these can affect disease outcomes:

Fresh Air – A podcast from NPR hosted by Terry Gross

Brigid Schulte discusses gender inequalities in the home which have been brought into sharper focus when two parents are both at home but the greater burden of care still lies with the women in the partnership. For men in a heterosexual relationship, listen with your AirPods in, otherwise she’ll know you know, but still haven’t changed your ways…

Hollie McNish has been doing weekly Facebook Live readings of her poetry. Hilarious, poignant and often very graphic. Another one for earphones, unless you are very comfortable with the word “vulva”.

Harriet Wheelock of the RCPI Heritage Centre has compiled a lovely selection of poems read by physicians, some of whom have written their own compositions. I was going to read one, but any poem written in the past 70 years requires the permission of the author, whereas older poems can be read freely. And it turns out that nearly all of the older poems were written by men (my ancient copy of Exploring English includes just a single female poet. And I never even noticed at the time).

And here’s that poem about kindness by Danusha Lameris which was read by Colum McCann at dotMD 2019.

You can see a theme here…)

I bought this book (from Black & Beech) ages ago, and finally got around to reading it in the past month. At the same time I happened to start watching the “Story of Madam CJ Walker” on Netflix. They both deal with the extremely emotive and deeply cultural symbolism that is attached to “black” hair. I had no idea there was a huge range of different hair types, and that racial differences are often more focussed on “good” and “bad” hair than on skin colour per se. Dabiri’s book explores many issues related to race and colourism, topics very much to the fore at the moment but which have obviously always been there, but we have chosen to walk past them.

It is reasonable to say I am obsessed with Mick. A stonemason from Cork, need I say more? And one of the most #HeForShe artists out there (sorry, Hozier). He recently collaborated with director Samantha Scaffildi to create “Run a Mile”, a song and video launched to highlight the problem of domestic abuse and to support the work of Women’s Aid. He has also been donating funds from his recent online gigs to the charity, as well as to MASI – the Movement of Asylum Seekers in Ireland.

Dr. Sarah Fitzgibbon is a Cork based GP and medical writer and founder of the Women in Ireland Network (WIMIN). She writes a column for The Medical Independent and writes a blog about her experience of wrestling with - and surviving - stage IV bowel cancer.